My wife, Jane Ingram Allen arranged a month long artist in residency at Warm Heart Art Tanzania in Arusha for us during the parts of January and February 2008. The residency was very special as it combined making paper from local plants to spending seven days on safari. Arusha and the surrounding areas were a gold mine for taking street photography.

These photos are of place and humans. There are no wild animals. You may see those under the menu heading, Nature.

This was a typical scene on the streets of Arusha.

It was very common for women to carry things on their heads. They did use a pad that helped form their head to the object they were carrying. 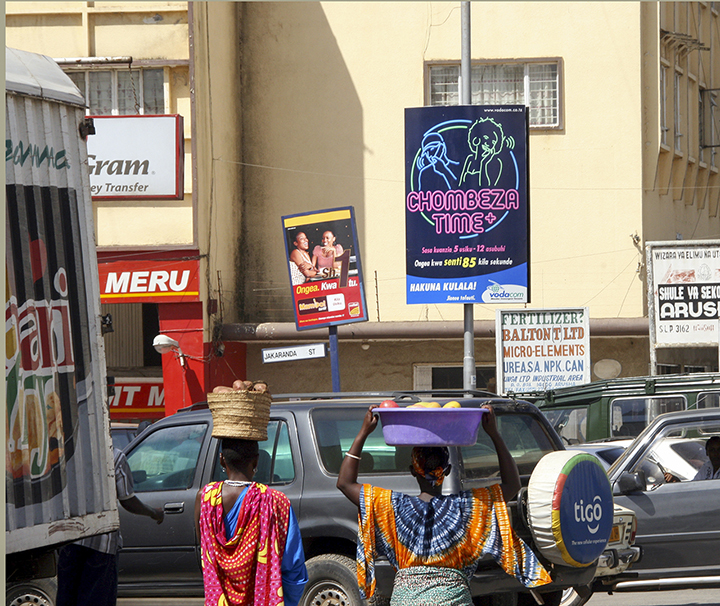 Here is another example of women carrying things in downtown Arusha.

I took this photo from a car as these women were walking down the road. I was surprised as to the weight that women could carry on their heads.

Here is a good example of the variety of congas worn by women. 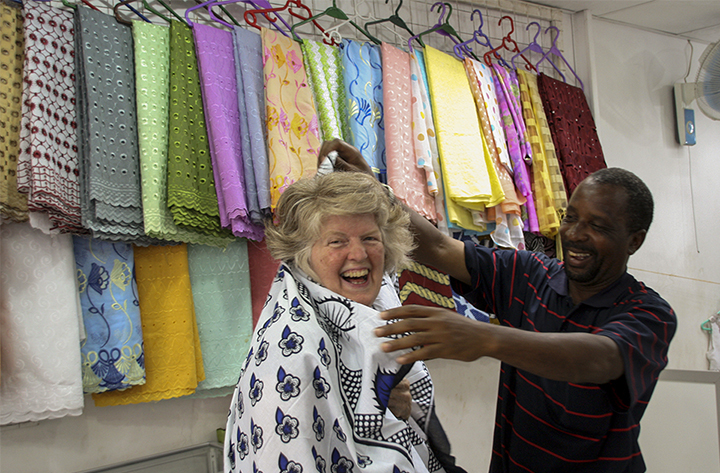 Buying traditional conga fabric was one of the many enjoyable things to do while at this residency.

While we were in Arusha President George W. Bushed visited. A commemorative conga was printed. The woman on the right is wearing one.

Coke was a popular soft drink.

Wedding parties came to this park-like round-a-bout to celebrate. These wedding party participants came in open pick up trucks with the bride and groom in a nice car. They danced and celebrated with music. There was no food and the wedding vows seemed to have been done before as their was no formal exchange of vows with a minister present. I was left with the impression that wedding groups booked this park like space by the hour. Photographers hung about and if the party did not have an official photographer one could be hired on the spot.

The Masais had a market in Arusha where you could buy souvenirs, fabric and other items. Individuals sold from small spaces in these long buildings. It was an obvious tourist spot.

While visiting the Masai village we were entertained with a traditional Masai song where young warriors jumped up and down. He is wearing one of the traditional conga style wraps. As I remember the song was about a lion hunt. 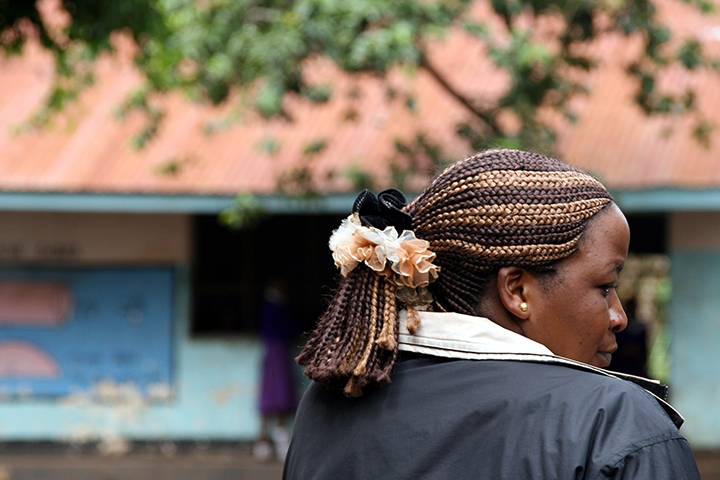 We also visited a school near a resort outside of Arusha. This teacher earned enough money to have her hair braided. Most women shaved their hair. I was told it was easier to care for. I also suspected it had something to do with less chance of getting lice and other vermin.

This is one of my favorite photos from Tanzania. This woman was walking down the road in a village outside of Arusha. Her congas were wonderful.