Street Photography is one of the most enjoyable for me because of the spontaneity. Here I’ve used the term broadly to include scenes that actually took place and those that were staged. When taking photographs in the street I’m prone to look for the narrative. I want something that speaks of the subject being photographed; whether a human story or a cultural one or a combination of both. Most of the images here are from Tanzania where I traveled in January and February 2008.

Tanzania – these school children attended a school having first through eighth grades. Some classrooms had over 60 students. I was told the uniforms were purple because it did not show dirt. Shaved heads were common for both boys and girls. The school was supported by a nearby resort.

This was the school we were shown at the Masai village that we visited. Smaller in numbers than the other school but very few resources. 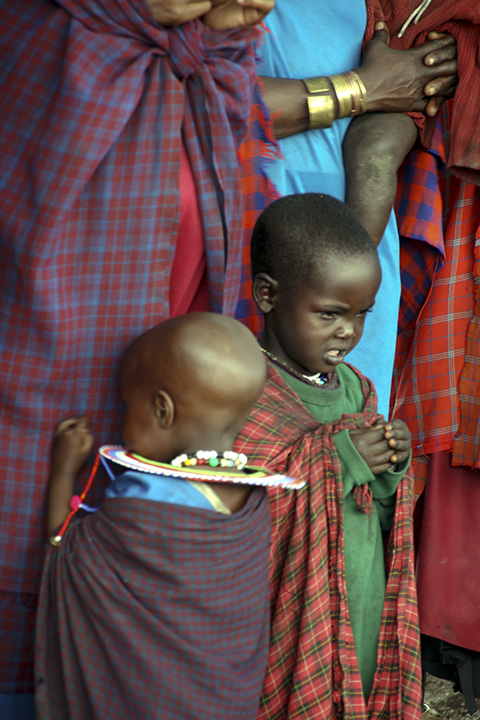 Tanzania – These two children were brother and sister. 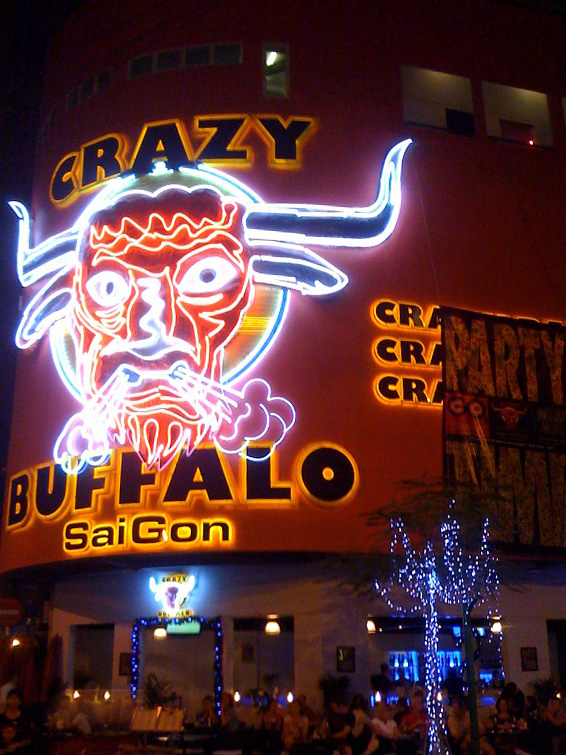 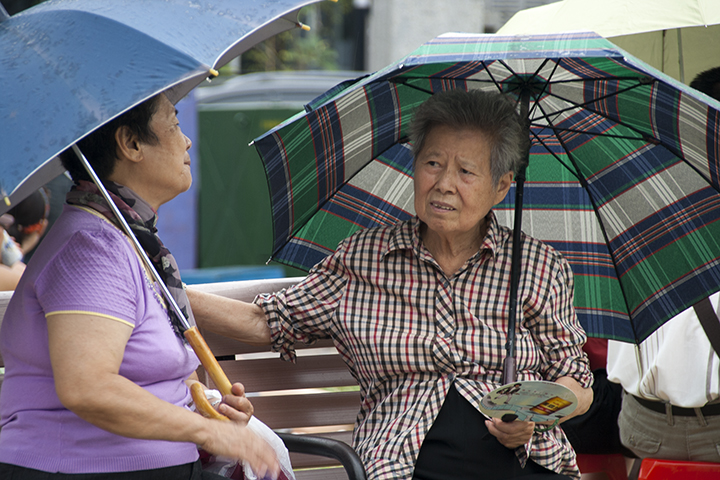 Taiwan – It is common for older women to converse in a park using an umbrella for protection from the sun.

Taiwan – As much as this looks like a disaster, it was an art project where the artist was using the Cyanotyte method of imprinting the outline of objects onto a cloth surface. Here she had children lie down with objects. It took 20 minutes of not moving and the children got restless and very hot.

Taiwan – Here is one of the school children as she was laying on the cotton material that would imprint the outline of her body onto the cotton fabric. 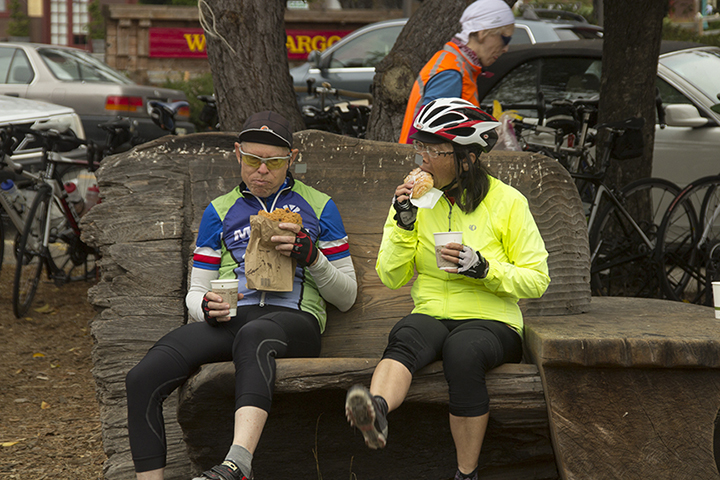 U.S.A. – Cyclists in the Point Reyes Station,  CA, Commons.  It is a popular site for cyclists who ride over from the North San Francisco Bay Area. 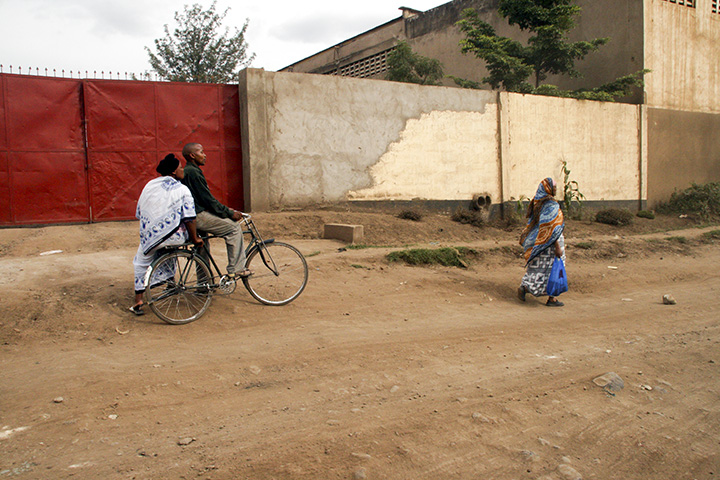 Tanzania – A popular and inexpensive form of transportation is the bicycle taxi.

U.S.A. – This was taken last year at my granddaughter’s 3rd birthday. Her sister is running a relay race with her aunt well behind.

Tanzania – This individual could go anywhere to earn a living.

Tanzania – These two seemed to be relaxing after making coffins.

Tanzania – This cafe was popular although it was right across from the coffin maker’s place.

Taiwan – Talking on your cell phone was popular.